My much-loved husband for 57 years. 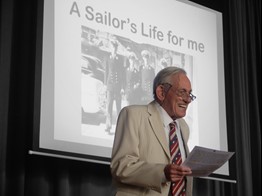 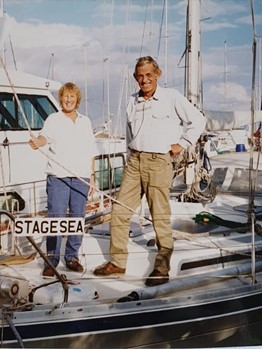 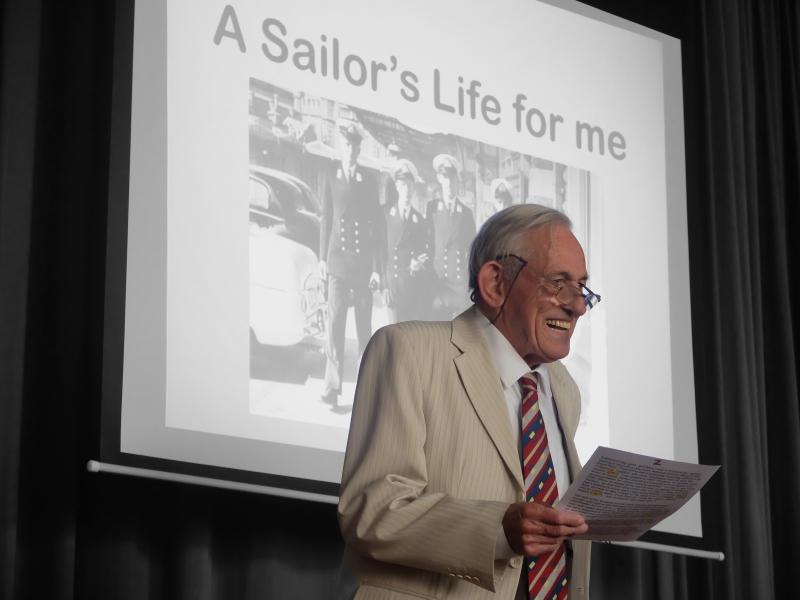 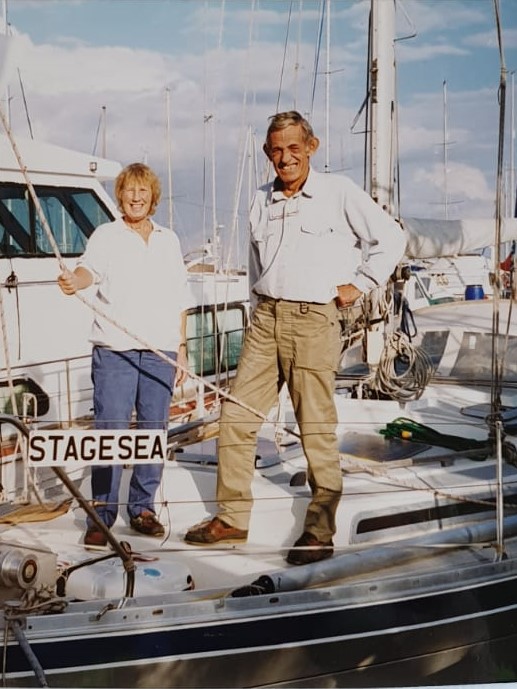 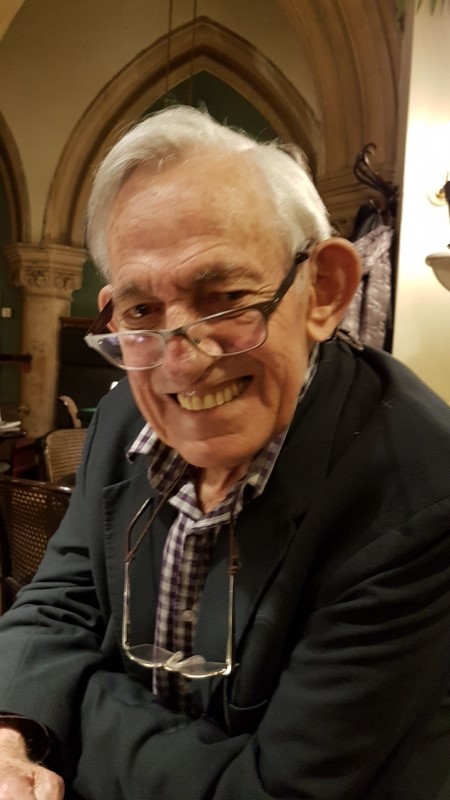 From the Welcome at the start of the Service - Tony's Life Story. Anthony John Collingridge known to everyone as Tony was born on 14 June 1936 in Gants Hill, Essex, to Bill and Betty. He had a happy childhood, fascinated by insects, particularly butterflies, which became a lifelong interest. When he was 11, they moved to Bristol and at 13 he won a scholarship to Clifton College. He was very good academically but terrible at cricket, so he took up rowing which he loved. Tony left Clifton College with another scholarship to read Classics at Cambridge, but he chose to put this on hold to do his National Service in the Navy. Tony was awarded ‘Outstanding Cadet’ of his training class and was one of the first National Servicemen to be authorised to keep watch on their own. He served on an aircraft carrier which was the first ship to visit Russia after the war. He then transferred to a minesweeper, which was active keeping the peace in Cyprus and then formed part of the contingent trying to run the blockade in the Suez Crisis. Importantly, the Navy also taught Tony how to sail. After one days training in a whaler, he obviously seemed to know what he was doing as they told him to get on with it by himself and teach the others! He was hooked on sailing for the rest of his life. After the Navy, Tony decided not to go up to Cambridge and started his career in junior management with WD & HO Wills. Life for him changed forever when he spent a two-week holiday teaching sailing at a PGL Holiday Camp in Suffolk. There he met Jenny who, as well as teaching sailing, was in charge of breakfasts, and gave Tony extra helpings every day! They married in 1961 and set up home in Long Ashton. Life was made complete with the arrival of their three children, Sarah, Alison & Simon. Tony was a high flyer at Wills, and by 1968 he was moving his young family up to Helensburgh near Glasgow with his appointment as General Manager of the Scotland & Northern Ireland factories. They lived there happily for 8 years and Tony made international headlines when he accompanied Margaret Thatcher on their factory tour, and they became stuck in a lift together! The family returned to Bristol when Tony was promoted to the Wills board as Personnel Director, later becoming Commercial Director of Wills parent company, Imperial Tobacco. From there, he skilfully negotiated his early retirement at the ripe old age of 48! Tony & Jenny moved to Newton Ferrers near Plymouth to set up their own sailing school, Devon Offshore. They spent 5 years teaching people to sail in ocean-going yachts around the South coast, the Channel Islands and the Scillies. In 1990, with the children grown up, they decided to start the sailing adventure they had always dreamed of. They bought a Moody 36 yacht, called her "Stage Sea", and in the autumn they set off across the Atlantic for an epic voyage which had them living aboard for 21 years - sailing around the Caribbean and the Mediterranean, as well as the inland waterways of Northern Europe and North America, involving 4 transatlantic crossings! Over the years, Sarah, Alison and Simon all got married and between them had nine children. Family holidays were often spent wherever Stage Sea happened to be, and during the winters Tony & Jenny flew home for family visits. They loved seeing their family, and as each of the grandchildren reached the age of about 9, they flew out for a holiday with Granny & Grandad by themselves. As a result, the whole family can recount stories of Tony’s larger than life sense of humour, his infectious laugh, the adventures they had with him, and his love of life on the sea. In 2011, having reluctantly conceded that it was time to live on dry land again, Tony & Jenny sailed back to Bristol. They sold their beloved Stage Sea to the right people and have spent the last 8 years living happily in Westbury Park, renewing old friendships and making new ones. Tony always loved to tell stories about his life and could keep everyone entertained. Even when his ill health made life harder, his love for Jenny and his family kept him going, and his laughter would lighten every occasion. Tony will be very sadly missed by all those who knew and loved him.

Very kind donations from Kristin, Celia & Jenny. Thank you all so much.