George has touched many lives and hearts in his long life and all who knew him enjoyed his sense of fun, energy, conscientiousness and kindness. He was a gentle man who remembered people's interests and exhorted us to live well. He is so very missed.

George was born in Peshawar, India on 6th April 1930. His father was in the Army, and had been posted there. Both he and his sister Jean attended Lovedale School in Lucknow, about which he always spoke very fondly and respectfully. He always spoke about the 'free' days he had at the weekend, where the boys were allowed out, and were free to roam. He would catch lifts or walk for miles to swim in lakes and explore the surroundings. An outstanding student he was also a gymnast and for School Open day he was chosen to be the gymnast at the top of the ten man pyramid. A dizzying achievement!

George and Jean returned to England the just before VE Day to finish their schooling. Once he left school George decided to join the Royal Air Force, training in engineering at Halton, where he also learned the bagpipes and was lead piper in the military band. This skill was tested many years later, when his daughter Elizabeth bought him a penny whistle, which he played for everyone one New Year party.

He met Beryl at a dance and as he was always a 'lovely mover' danced his way into her heart and they were later married in Beverley Minster. He was a great lover of all kinds of music, would always be singing or whistling some tune. How many other cd and vinyl collections would you see Eddie Grant, Beethoven, Dvorak, Fleetwood mac, Deep Purple, Jazz and Big band sounds, sitting next to one another!

After a few postings including Egypt, they ended up in Singapore, where Elizabeth their daughter was born. He was always very fit and active, and would happily entertain his daughter and her friends at her birthday parties where he was always prompted to walk up the garden on his hands!

As a Warrant Officer, George eventually retired from the RAF, a career he had really enjoyed, being a clever and practical man, it had suited him. His comment was that it had been a great experience, rather than go to University and study mathematics, which wouldn't have used his practical skills. During this time he worked on DC10s, Vulcans, Harrier Jump jets, and got to ride in Concorde on a test flight from Brize Norton. His knowledge of aerodynamics was always put to good use with his love of making paper aeroplanes..his always went the furthest without crashing!

He loved working with engines, and said the most disappointing Christmas present he had received was a drum, because when he took the lid off, there were no working parts to look at! Once retired from the RAF having received various commendations and a long service medal, he retrained as a Technical Author. He wrote manuals for gas platforms and the safety manuals for London Transport after the Kings Cross fire.

He and Beryl enjoyed a very happy marriage for over 40 years, until Beryl sadly passed away in 2010. He moved to Bristol in 2011 and at the age of 80, drawing on his stoicism and resilience put his energies into making a new life in Bristol.

He quickly made friends, attended the U3A, the men's Keep Fit Class for over 60's (where he said he was one of the oldest, but one of the fastest!), and was roundly adopted by all. Everyone soon knew that he loved scones and Victoria sponge cake and was soon in receipt of homemade offerings, and many more gifts of plants when he undertook a redesign of his garden. He in turn reciprocated with gifts of furniture and kitchen utensils for those setting up home or going to University.

His exploits included volunteering in a primary school where he helped the little ones with their reading. He conscientiously looked out materials to stretch them beyond just reading the books they had, and took them tongue twisters and poems, and his favourite children's story The Owl and the Pussy Cat. He was often found out and about, visiting various places with adopted 'daughters' or attending musical extravaganzas put on by his adopted 'grandchildren'. If not, he was at home, being visited by many who wished to share his smiles and warmth.

When he reached 90 years young he received many cards, videos and recorded songs that reached him in spite of the Virus lockdown. When asked by his nephew on a FaceTime chat, whether he had enjoyed his birthday, he replied 'Oh yes' and that the cards and videos and songs had 'really cheered him up' and 'made his day really great'. He was indeed very much loved.

He passed away quietly on 28th April 2020. His daughter was privileged to have been able to nurse him and she in turn was helped in no small measure by the 'Blue Angels' of the St Peter's Hospice at Home, who enabled his passing to be as he wished, in the comfort of his own home.

To see more photos of George, simply click on the images and you will find some hidden gems. 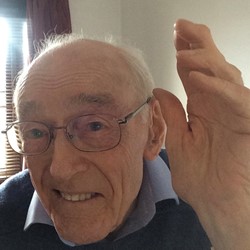 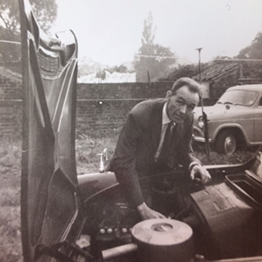 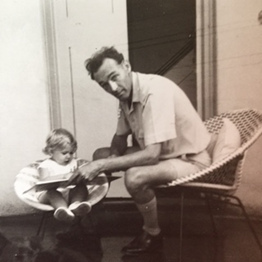 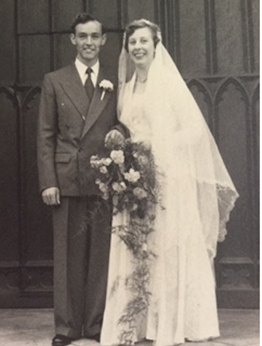 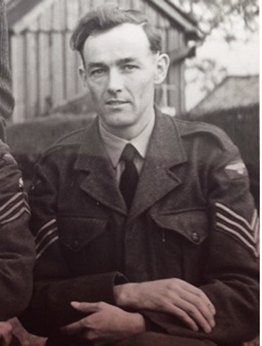 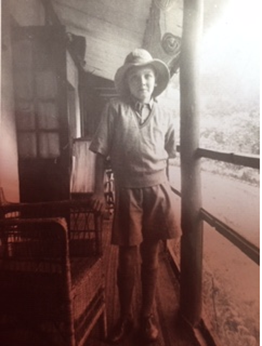 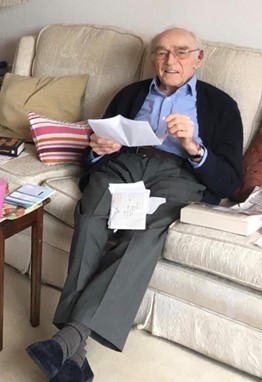 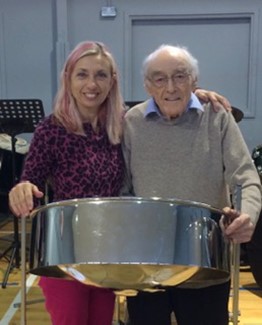 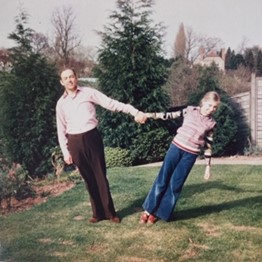 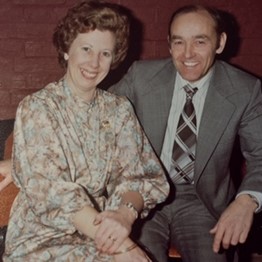 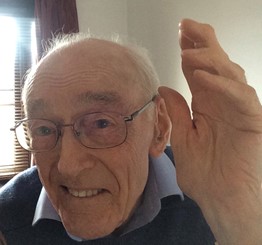 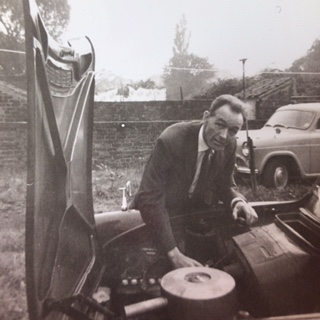 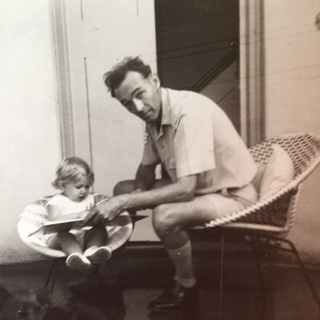 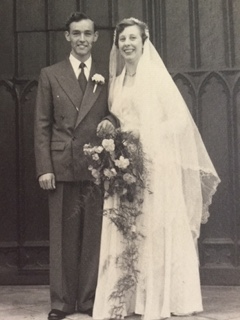 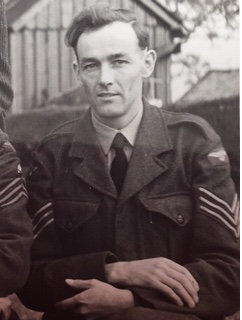 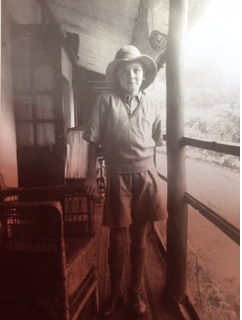 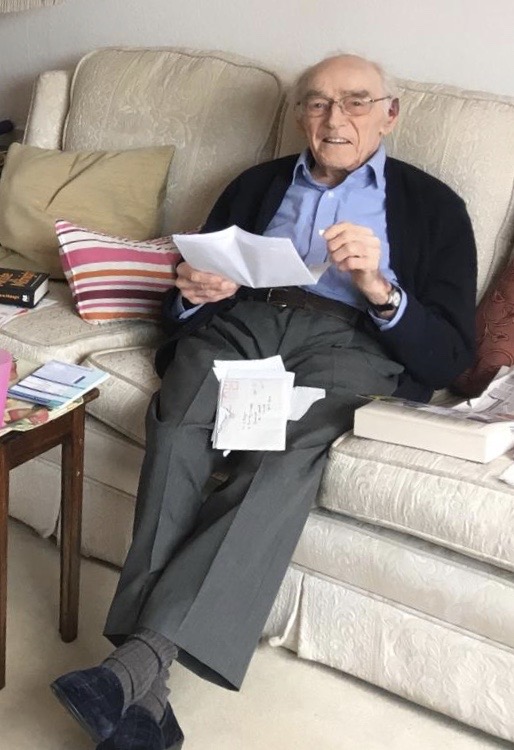 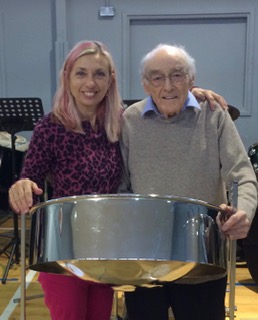 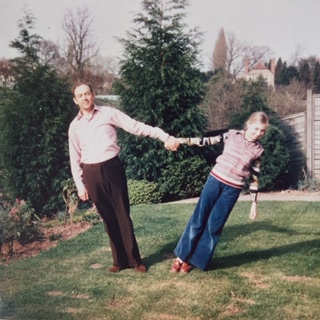 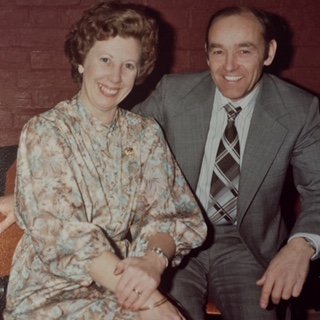 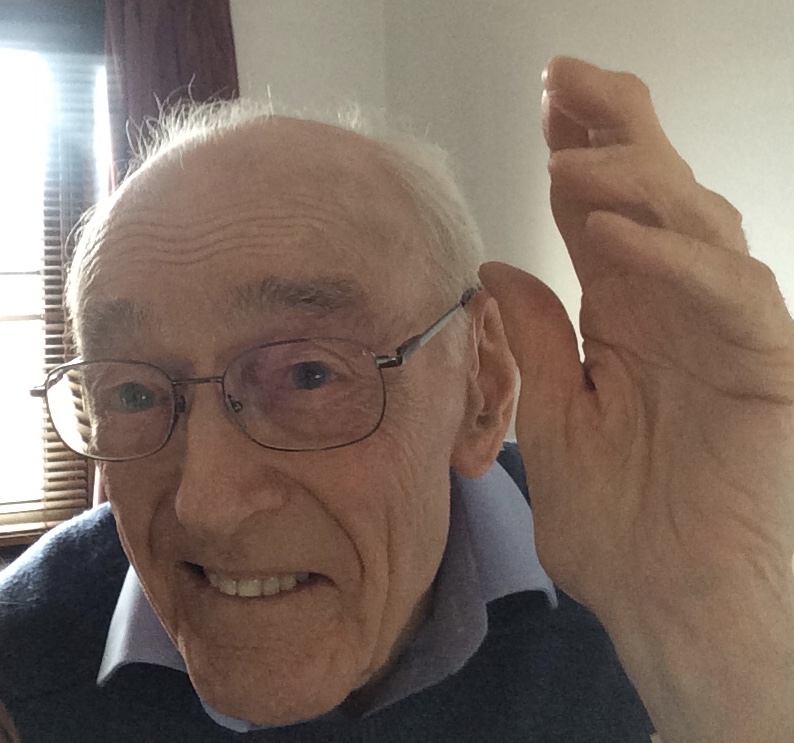 A genuinely lovely man; he gave my daughter the best paper aeroplanes, better than those we ever made, which we treasure.

A good man, I was glad to have known him.

My family and I were lucky to get to know George when he moved to Bristol. He enriched our lives with his enthusiasm and curiosity, remarkable physical energy (always on the move!), and kindness. He always thought of how he could help you out. What a wonderful friend to have had and a wonderful dad to Lizzie. You are sorely missed.

For my Big Brother from his little sister Jean